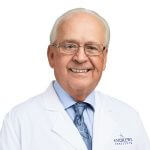 Dr. James R. Andrews is one of the founding members of Andrews Sports Medicine & Orthopaedic Center in Birmingham, Alabama. He is also co-founder of the American Sports Medicine Institute (ASMI) a non-profit institute dedicated to injury prevention, education and research in orthopaedic and sports medicine. Doctor Andrews continues to serve as Chairman of the Board and Medical Director of ASMI. Doctor Andrews is also a founding partner and Medical Director of the Andrews Institute in Gulf Breeze, Florida. He is President and Chairman of the Board of the Andrews Research and Education Foundation which is dedicated to prevention, education and research at the Andrews Institute. He has mentored more than 314 orthopaedic/sports medicine Fellows and more than 84 primary care sports medicine Fellows who have trained under him through these Sports Medicine Fellowship Programs.

Doctor Andrews is internationally known and recognized for his skills as an orthopaedic surgeon as well as his scientific and clinic research contributions in knee, shoulder and elbow injury prevention and treatment. In addition, he has made major presentations around the world, and has authored numerous scientific articles and books. He has recently written a book, Any Given Monday, about sports injuries and how to prevent them for athletes, parents and coaches. The book is based on his life in sports medicine and was released in January 2013 by Simon & Schuster

Doctor Andrews graduated from Louisiana State University (LSU) in 1963, where he was Southeastern Conference indoor and outdoor pole vault champion. He completed LSU School of Medicine in 1967 and completed his orthopaedic residency at Tulane Medical School in 1972. He had surgical fellowships in sports medicine at the University of Virginia School of Medicine in 1972 with Doctor Frank McCue, III and at the University of Lyon, Lyon, France in 1972 with the late professor Albert Trillat, M.D., who is known as the Father of European Knee Surgery.

Previously, Doctor Andrews has been a member of the Sports Medicine Committee of the United States Olympic Committee having served during two previous quadrennial. He has also served on the NCAA Competitive Safeguards in Medical Aspects of Sports Committee.

He also serves on the Tulane School of Medicine Board of Governors. He has served as a member of Troy University’s Board of Trustees. Doctor Andrews also serves as the National Medical Director for Physiotherapy Associates, a national outpatient rehabilitation provider. He serves on the Board of Directors of Fast Health Corporation and Robins Morton Construction Company.

Doctor Andrews was the recipient of the 2014 NCAA President’s Gerald R. Ford Award that honors an individual who has provided significant leadership in the role of advocate for intercollegiate athletics and has done so on a continuous basis over the course of their career, presented at the NCAA Annual Meeting. He was inducted as a member of the “Louisiana Legends” and also named by the State of Louisiana as one of 200 most influential people in Louisiana history since Statehood. Doctor Andrews was also awarded the “Mr. Sports Medicine” award of the AOSSM at the annual meeting in 2014.

Yacht racing is one of Doctor Andrews’ keen interests. His 50-foot racing sloop Abracadabra III, won the 1990 International 50-foot Yacht Association World Cup and was named the best off-shore racing sloop in the last 100 years by Sail Magazine. He has also won many other yacht racing offshore regattas. Doctor Andrews served as President and Chairman of the Board of Aloha Racing Foundation, an American Cup Syndicate based in Honolulu, Hawaii, which challenged for the 2000 America’s Cup contested in Auckland, New Zealand. His other hobbies include golf and hunting.